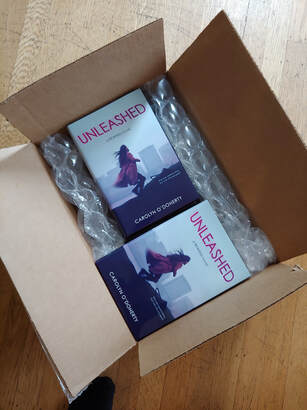 Carson Ross studies the body crumpled in the corner of the basement: white female, mid-twenties, brown-haired, wearing jeans and a grimy T-shirt with Just Do It . . . Later printed on the front. Blood pools on the floor around her head in a sticky lake. She has contusions on her cheek, a sizable gash on her right temple, and lacerations on her face and arms, the latter presumably from the broken window through which she’s most likely been shoved. The woman’s head is twisted back at a sharp angle, as if she’s looking over her shoulder to see who caused her fall. Despite the gruesomeness of her condition, she’s noticeably pretty.

“The office manager found her an hour ago,” says the deputy hovering at Ross’s elbow. His eyes are bright, and his acne-flecked cheeks are flushed with eagerness. Ross’s jaw twitches. It should be the coroner giving him this background, or at least a senior officer. Saddling him with a kid barely out of the academy is typical of the department’s lack of respect for time agents.

“The printer ran out of toner,” the deputy continues, “and he came down to the basement to get a fresh cartridge.” The deputy shuffles a little closer. “Do you think it could be a Sikes killing? Chief said he always places his victims in a spot where they can’t be found until it’s too late to rewind the crime.”

There is no way this is a Sikes killing. After chasing the elusive thief/murderer for six years, Ross knows his MO better than anyone, and this death does not fit the pattern. Sikes uses more failsafe methods to kill his victims than a bash on the head: a slashed throat, a well-placed bullet. He’s also too smart to rely on chance, and the basement of an active business is hardly the kind of place one can count on being empty of people for the seventy-two-hour time frame beyond which most rewinds can’t be sustained. Not that Ross is going to tell the deputy that, or anyone else for that matter. The clues that led him to uncover Sikes’s real identity are Ross’s secrets, ones that, for now, he intends to keep locked up tight. Sikes’s arrest will be a bombshell, and Ross has every intention of  saving that revelation for the perfect moment—one that is most likely to  advance his career.

Ross pats the eager deputy on the shoulder, using the movement to put some space between them.

“It could be Sikes.” He flashes the kid his trademark smile, the charming one that shows all his teeth. “Let’s find out, shall we?”

The deputy stares at Ross with the kind of openmouthed wonder usually reserved for movie stars. Ross’s smile widens to dazzling. This deputy isn’t a bad kid, really. Even though this isn’t a Sikes crime, it will be satisfying to show a new recruit the ease with which a seasoned time agent can solve a murder.

Ross turns and beckons to the spinner who’s waiting by the concrete stairs on the other side of the room, her face carefully averted from the twisted corpse. She’s a delicate-looking teenager, with long dark hair falling over the shoulders of her regulation maroon Crime Investigation Center shirt. Ross struggles for a second to remember her name—Cookie? Yummy? Oh, right.

“Yes, sir.” The girl sidles over, managing to approach without actually looking at the crime scene.

Ross quashes a sigh. Alex, his former spinner, was never squeamish. Plus, he’s told Yuki three times she should call him Mr. Ross. She’s not going to be of any use to him if the two of them don’t bond, and no one bonds with people they call sir.

Yuki stops in front of him and holds out her left arm. The metal band clasping her wrist gleams dully under the single overhead bulb.

“What’s that?” the deputy asks.

“It’s called a leash.” Ross pulls a key from his pocket and unlocks the three-inch-wide bracelet. “Spinners wear them whenever they leave the Center. It emits electromagnetic waves that prevent them from accessing time.”

The leash falls away and the deputy backs up a few steps—a ridiculous precaution. What threat does this kid think a little girl like Yuki could possibly pose? The propaganda built up over the centuries to make people fear spinners was as illogical as it was effective.

Ross leans toward Yuki, speaking to her with both gentleness and respect.

“Are you ready to freeze time?”